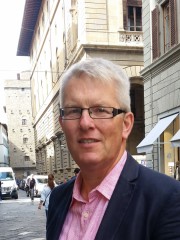 Ken started his career in financial services with Standard Life in 1988. Over the next 17 years he built up his knowledge and experience eventually managing a team of 9 Financial Advisers for Sedgwick Financial Services.

During his time with Sedgwick he was appointed the lead consultant in the retirement and redundancy counselling projects for firms such as IBM, Rolls-Royce and the Strathclyde Pension Scheme.

Sedgwick were eventually absorbed into the financial services arm of a major bank and Ken left his position when he felt that the ethos of the company had changed from client centred service to "profit before all".

He started his client advice business in 2005 with a view to providing personal advice and service to new and existing clients.  His belief that clients should be reviewed annually to keep abreast of their changing circumstances is the model that the industry is moving to adopt by the implementation of the Retail Distribution Review.

Whilst he is sure that this results in fewer IFAs it will ensure clients are better advised and serviced in the future.

Outside of business Ken is the chairman of one of the largest youth football clubs in the West of Scotland.  Valspar Football Club currently has nearly 250 children and youths training and playing with them on a weekly basis. They were awarded the Scottish Football Association Quality Mark Award.

Ken and his coaching partner Stuart Reid also led the Ayrshire Regional Team to the Scottish Regional Shield in 2011, the first time the region had won this award in 20 years.

He was a past president of Ayr Junior Chamber of Commerce, recruiting many new members to the organisation during this period.

Between 2002 and 2004 Ken led the football community in Ayrshire as they successfully fought a battle to save the Old Racecourse Playing Fields from being used to build a school. He has since provided advice and help to other communities facing similar problems.

Ken was awarded the SYFA Regional Volunteer Award in May 2013 for his work in both club and national football.

Ken is married to Linda and has two teenage children.  Ken enjoys family holidays, golf, running, reading and a wide range of music.

In order to visit us